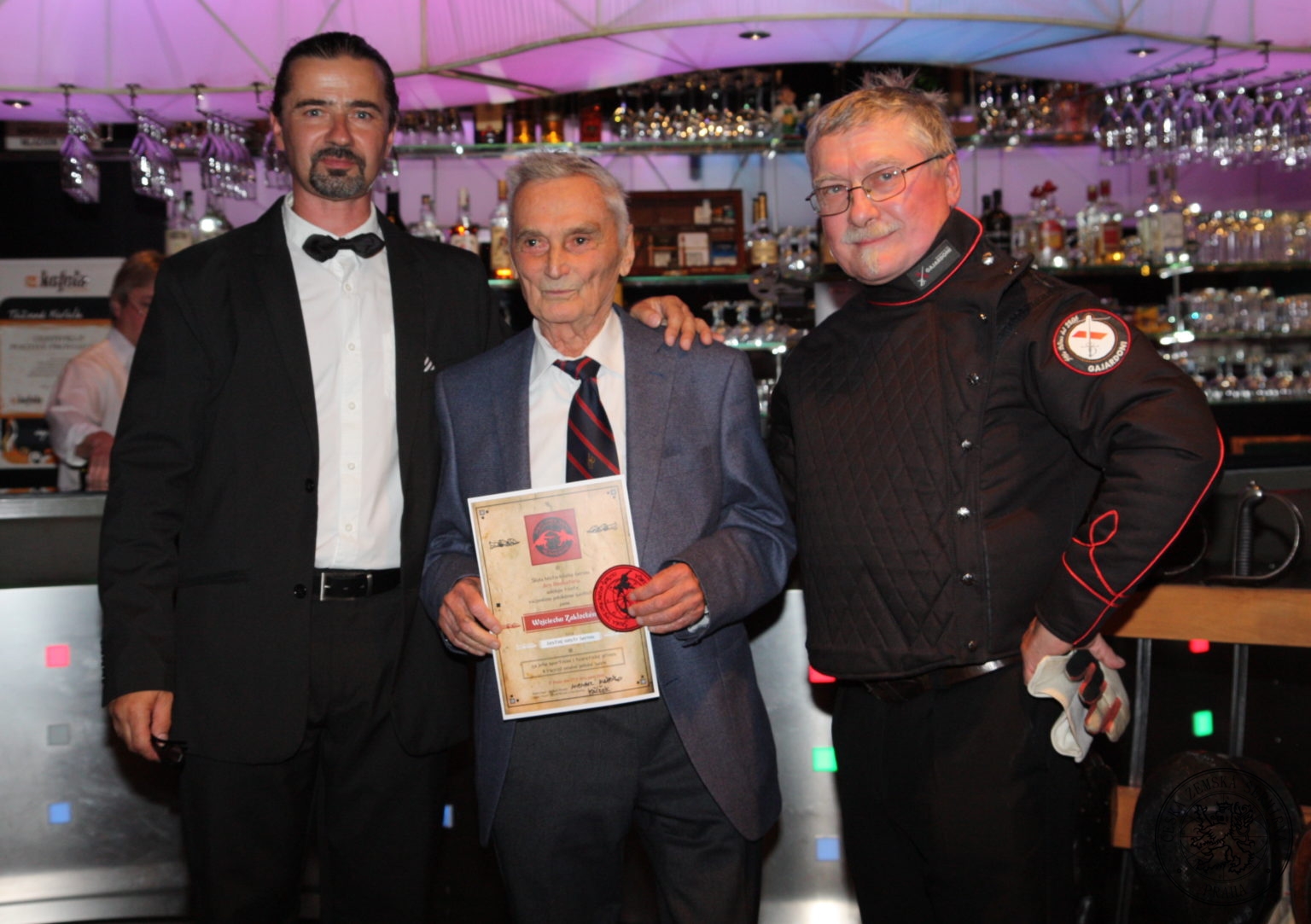 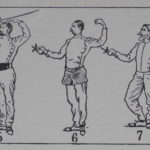 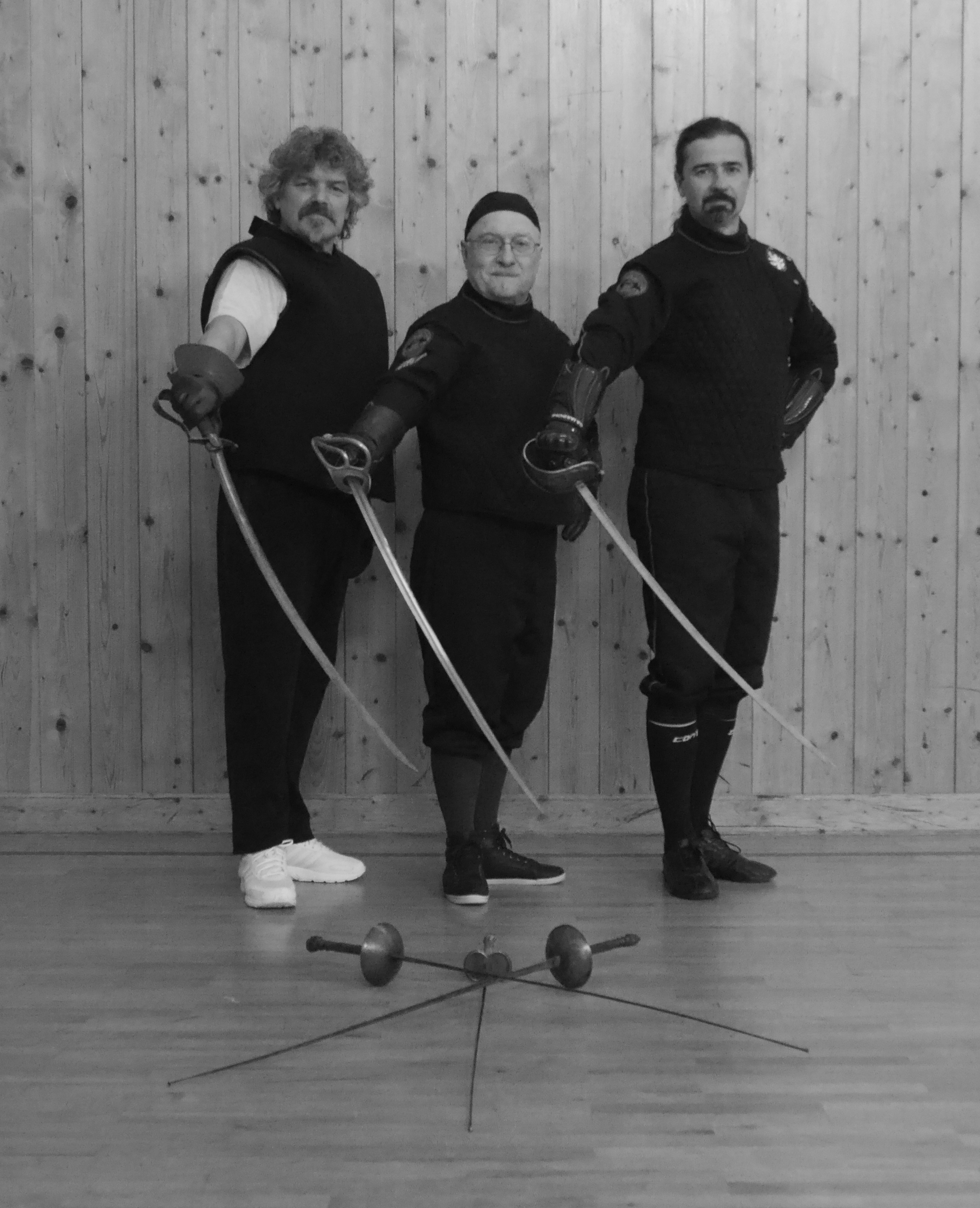 The history of the first group of historical fencing, Musketeers & Bandits

The historical fencing group, Musketeers & Bandits, ended its activity with inactivity in the year 1997.

Here is an account of the activity of the first group, which started to perform regularly under the aforementioned name from the summer of 1962 on the quadrangle court of the Military History Museum in Prague, situated in the Schwarzenberg palace on the Castle (Hradschin) Square.

But the origin is to be found in the year 1953, when the Musical theatre in Karlín saw the preparation of a production of the Musketeers of Vítěslav Nezval. Svatopluk Skyva, professor of the Prague Conservatory, (Riegel coach and quadruple national champion in sabre fencing) was tasked with the fencing choreography. Together with Dr. Jan Černohorský (Riegel coach and sextuple national champion in foil and epee fencing) brought eight fencers on stage and incorporated them into the performance. They fenced to the musical score. The musketeers themselves, that is Vladimír Ráž, Robert Vrchota, Vlasta Burián and Milota-Holcman, had verse lines in their memorable duelling scene with us, so the actual fencing was largely symbolic. Still, we always lost. The production lasted two seasons, the ill Vlasta Burian was replaced by František Černý. The financial remuneration was sixteen Kč per person per performance.

Then started the period of preparation for genuine historical fencing. We studied the literature, weapons were created, the technique of fighting with the different weapons was fine-tuned, props were found and obtained, the individual fights and duels were designed and a whole program was built.

We then started performing, but these first performances were only individual “numbers” done at children’s parties, balls, fashion shows and summer camps for children. There were hurdles too in the form of injuries, members having to leave for obligatory military service, but we also had new arrivals, enthusiasts. These were all from among sporting fencers, the majority from the Riegel and ČKD clubs. In September 1959 Eduard Wagner appeared, lieutenant colonel v.v., an employee of the Military History Museum, author of a book on the Hussites, on the weapons of the thirty years war, and other publications translated into the world languages. With the cooperation of Dr. Jan Černohorský and Svatopluk Skyva the quadrangle court of the Military History Museum witnessed the first composed performace on the 18th of September 1960. It was meant as a recruitment technique for sport fencing – see appendices I and II. The performance was without any musical accompaniment, the costumes were borrowed from the Vinohrady Theare (which at that time was the Military Theatre). The demonstration of fencing with a two-handed sword was performed by only one Landsknecht character – purely because we didn’t have a second two-hander. In a word this was a beginning.

The response was great however, around 800 people came to watch. And so starting from May of 1962, the museum began holding regular performances of the programs “The Seven Knightly Weapons” and “Tales of the Old Armiger”, each accompanied by a professional actor’s commentary. We trained diligently, and constantly: on Mondays, Wednesdays and Fridays we had sport fencing, and on Tuesdays and Thursdays we had historical fencing, 2.5 – 3 hours per session.

In winter we had sport fencing tournaments on Saturdays and Sundays, and a number of members of M&B won national champion titles in the singles and team events. The Czech Fencing Club Riegel had about 200 members at this time, and won three to four titles a year of the available eight. From May through to September we had performances in the Museum, or at castles, or celebrations of the anniversaries of the founding of cities, and so on. We all had day jobs or were students, some of us were even married with children.

Performances at the Military History Museum ended in August 1968, when our use of historical firearms- flintlock pistols and muskets, became a reason for cancelling us. We performed there again in 1980, and 1981.

But we had been noticed by directors and screenplay writers by that time – and this was the beginning of our great contribution in the field of theatre, film and later television. In 1967 we performed for six weeks in Paris at Olympia as part of the Czechoslovak Revue program. Two years later we fenced for two months in six countries in Latin America under the auspices of ÚDA Praha. 1971 was the first year of our two decades of collaboration with the National Theatre, when director Miroslav Macháček chose members of our group for his production of Henry V.

Despite this we, continued with our performances in castles, palaces, at the anniversaries of the founding of cities and at events commemorating famous battles, at summer camps for children and so on. And it was parts of these fencing ”numbers” that we then used for the theatres and films we worked on. We gained tremendously from the way our expression was cultivated by the theatre and film directors we worked with, which we would like to thank them for. The period of the greatest development and of the greatest number of public appearances, and of theatre and film and television gigs falls between the years 1970 and 1982, when the group was led by Ing. Petr Lebeda. Last but not least we were held together by our work in the field of sport fencing, especially sabre fencing.

In conclusion I would like to thanks all the involved for their efforts to keep the group flourishing, and all those individuals, who helped us realise our dreams. I would also like to remember those, who are no longer with us.

You can find information about the group and all our activities till the year 1997, when we practically stopped in the appendices.

I wrote this document on the occasion of the 50th anniversary of the first performance of our group: the first group of historical fencing in our native land. 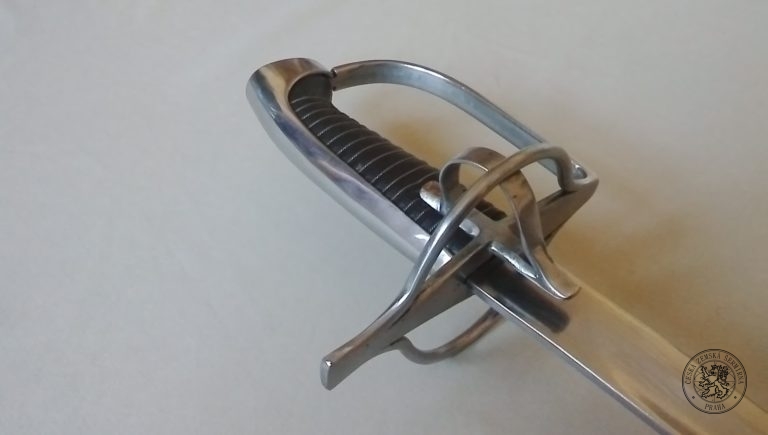 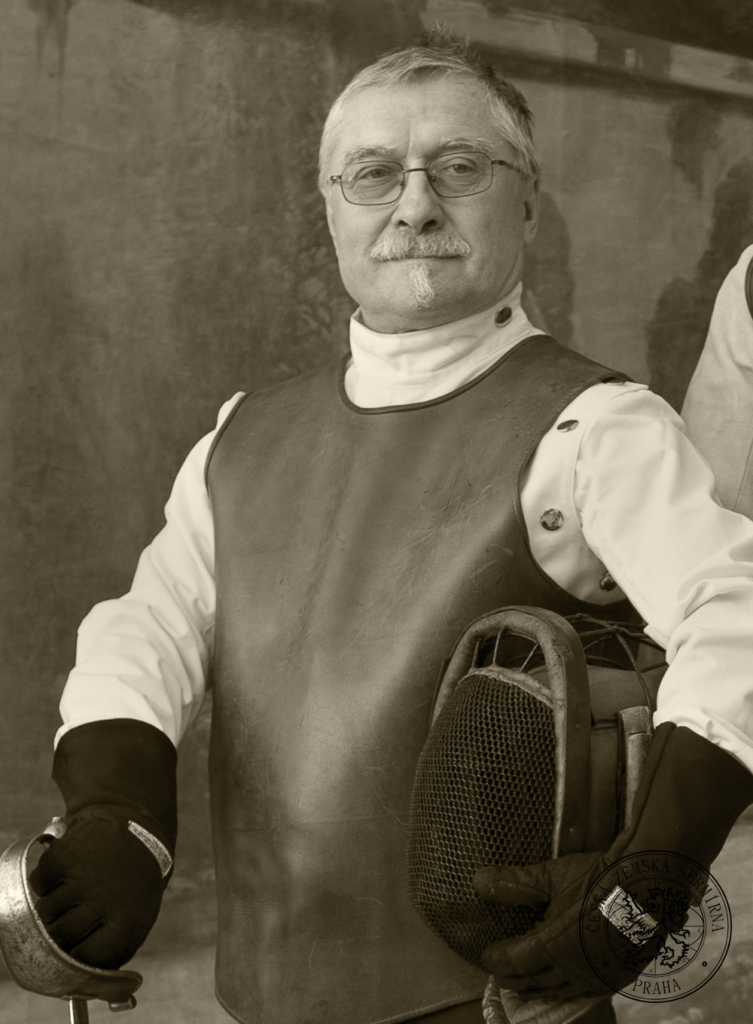